As I have had a craving for Caribbean food this Summer and so far have had some very good vegan options, I thought I would continue this and return to Turtle Bay to try out some of their vegan items. The decor in the restaurant is lovely and with Damian Marley, as the soundtrack for the evening, the setting was perfect to enjoy some West Indian eats!

Starting off with some very nice drinks we had their ginger beer which absolutely delicious it was perfectly spiced with pepper and cloves and finished off with lime to make this a very refreshing drink for a very hot evening! 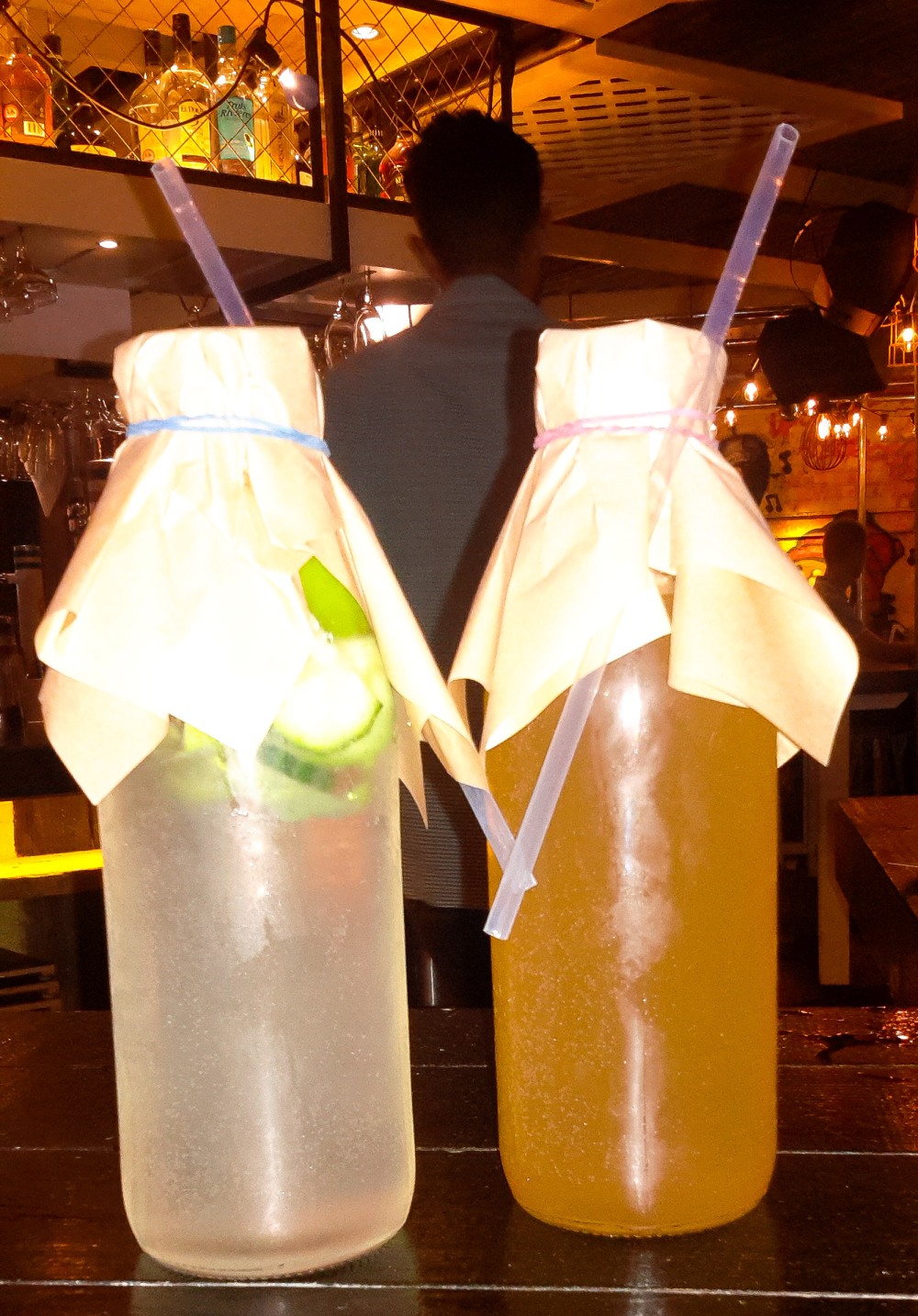 Along with Pineappleade which is probably now my new favourite soft drink! Made from fresh pineapple with lime juice and club soda this was the perfect about of sweet for me with the sourness of the lime adding a little extra zing to this drink.

Sadly we had to wait quite a long time for our drinks and didn’t get them until our starter arrived which was disappointing because of how good they were and because it was so hot we were really thirsty! 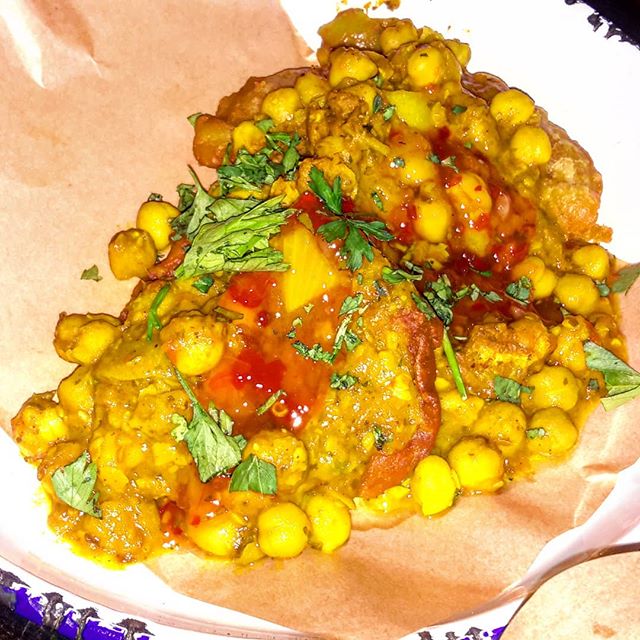 Last time I went to Turtle Bay I ordered the Trini Doubles and I loved them because they were so spicy and tasty, this time they were tasty but not as spicy which I didn’t mind so much because the flavour of the puffed roti with the curried chickpeas offered more than enough taste to this dish, I think I just like my food quite spicy! 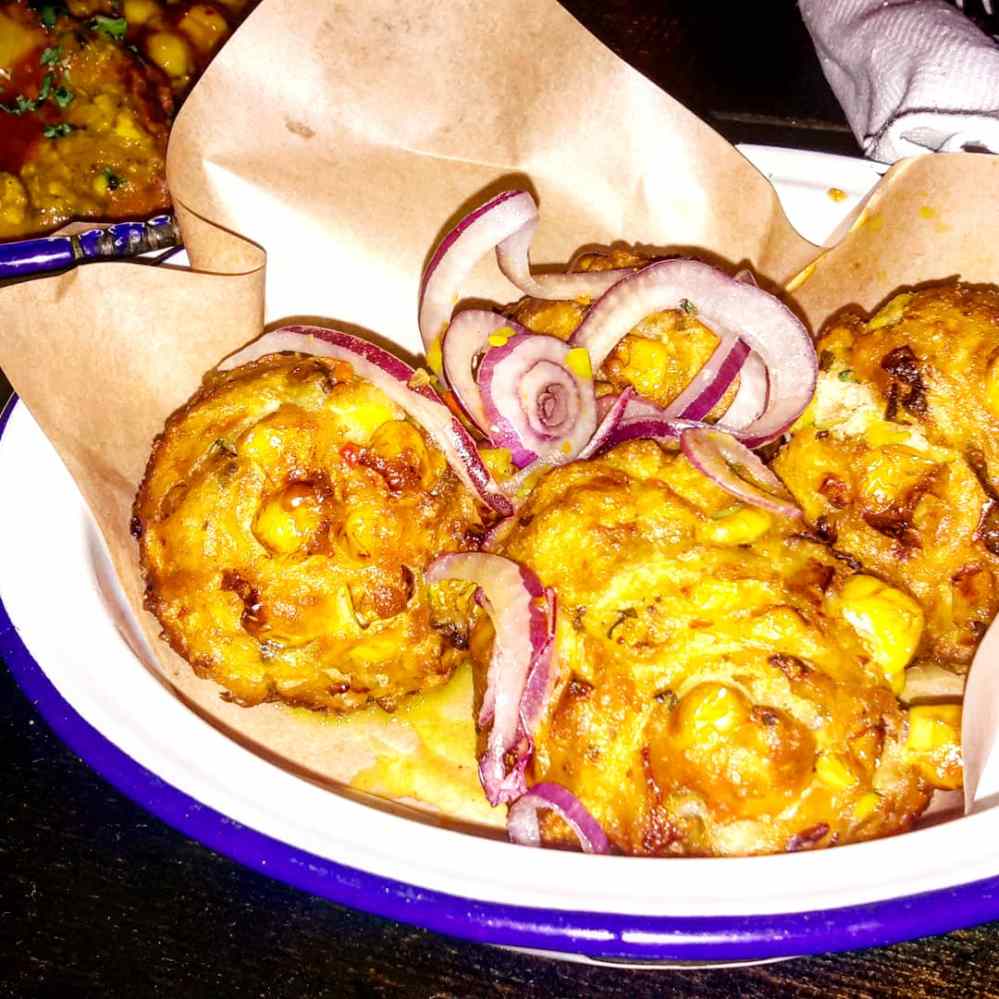 We paired the Trini Doubles with their sweetcorn fritters which were to die for, these certainly were spicy enough and had a good amount of heat to them as well as flavour from the natural sweetness of the sweetcorn to the bite of the spring onion, these were a really yummy starter and I will order this as my starter when coming here again.

For my main I chose one of their vegan ‘One Pot’ dishes, the aubergine curry, which came with flatbread and rice, it was a very nice dish indeed, with plenty of flavour from the aubergine and the sweet potato and although this was not a spicy curry it was very tasty. The fragranced rice added a nice touch as well and it was a very filling meal, which was a good thing because I ordered a side of plantain that did not arrive, so luckily I was full at the end of the meal anyway.

We were really happy with our meal in terms of the food and would definitely recommend this but in terms of the service, we were really disappointed, which is a shame because as I say the food was really nice and the restaurant itself is such a cool place to eat. It was just a shame we had to wait so long for the drinks and that sides didn’t arrive.