I have had chips from Sutton and Sons many times so when I recently discovered that they have a vegan menu it was a no-brainer for me to go down to the Stoke Newington branch and check it out. However, a regular chip shop, this is not. This is a fully functioning restaurant where your three-course meal is made to order, making the most of cheat day!

We order the vegan prawn cocktail and ‘fish’ cakes to start. I used to have prawn cocktail in restaurants every time until I became vegan, so this was my first experience of vegan prawn cocktail. It was absolutely delicious, not only was the sauce better than I ever remember the tofu ‘prawns’ were so tasty and the fresh salad underneath was perfect with the vegan mayo served on the side. This was a very nice way to start the meal.

The 2 fishcakes were very generous in size and had such a great amount of flavour, served on a bed of fresh leaves with an incredibly moreish tartare sauce this was also very delicious. I really liked how they have managed to get a hint of spice and flavour into these patties, as well as using tofu to create the fish like texture and taste. We were both very impressed with the starters and now salivating in anticipation for our main courses.

For main we had chosen the two most ‘classic’ chip shop orders, ‘fish’ and chips and ‘sausage’and chips. I had seen how gorgeous these dishes looked on Instagram but was very interested in the flavour of the banana blossom which is what was used to make the ‘fish’. I had researched it online previously, purely out of curiosity and was intrigued at how it would taste. Both dishes arrived well presented, as mentioned, we had already had chips from Sutton and Sons before, so we knew that they were good, also so golden and crispy on the outside and fluffy in the middle, the perfect chip ‘structure’ if you ask me! The ‘fish’ and ‘sausage’ were both lightly battered, which was great as it meant neither of them was too heavy and they weren’t at all greasy. 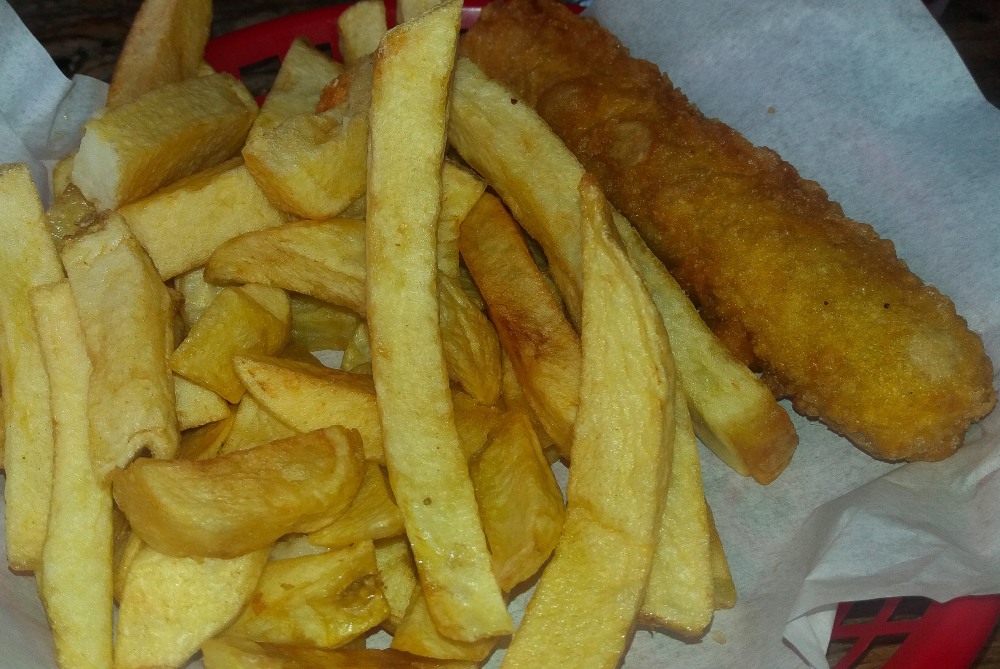 The ‘sausage’ was unbelievable, it was so delicious, better than any vegan sausage I have had prior to this, in fact, it was made from tofu and had such a great taste to it, with hints of herbs and a great ‘meaty’ texture this was the ultimate treat! This was always my chip shop go to before becoming vegan so I was extremely happy to have finally found a vegan replacement that is better! 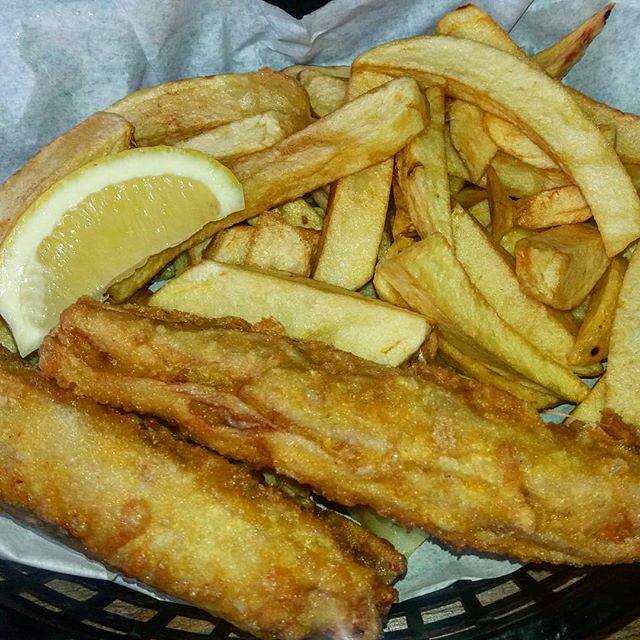 Vegan ‘fish’ being something we have only had made from tofu before we were rather excited to taste the banana blossom,it acted well as fish replacement in the way that it was flaky like fish and it had the same sort of texture as artichoke which made a great fish substitute, when speaking with the manager he explained that they marinate the banana blossom to give it the ‘fishy’ taste and I think this worked really well, it broke down really easily with the fork and with the light batter and the amazing tartare sauce it was a well-executed vegan ‘fish’dish.

I really enjoyed the experience and although and am very excited to hear that Sutton and Sons will be opening a fully vegan restaurant in Hackney very soon, which I think will be incredible. Their chips are the best in London by far and their vegan options are so creative and tasty, it is definitely worth trying out when you have that craving for something a bit naughty but nice, We will be regulars I am sure!