July 4th also known as Independence Day is the celebration of the USA no longer being part of the British Empire since 1776, this year I decided I would head on down to The Diner at Spitalfields to join in with the celebrations and celebrate my own independence from my diet (for that day at least).

The Diner is one of my favourite all time restaurants, they do amazing vegan food, their team are always so friendly and welcoming and they play awesome music. It is the perfect place to go for a pick me up, as it makes me smile every time I walk into one of their restaurants. The Diner went all out on 4th July with American flags on each table and large flags hanging from the ceiling, as well as red, white and blue balloons to top of the themed decor.

The specials for the night were hot dogs and I obviously was going to be ordering the vegan hot dog and seeing as the diet was out the window, I figured I might as well go all out, so I ordered their Vegan Chili Cheese Fries, which is basically heaven in a bowl, fries topped with black beans, salsa and melted vegan cheese, so worth breaking the diet for! 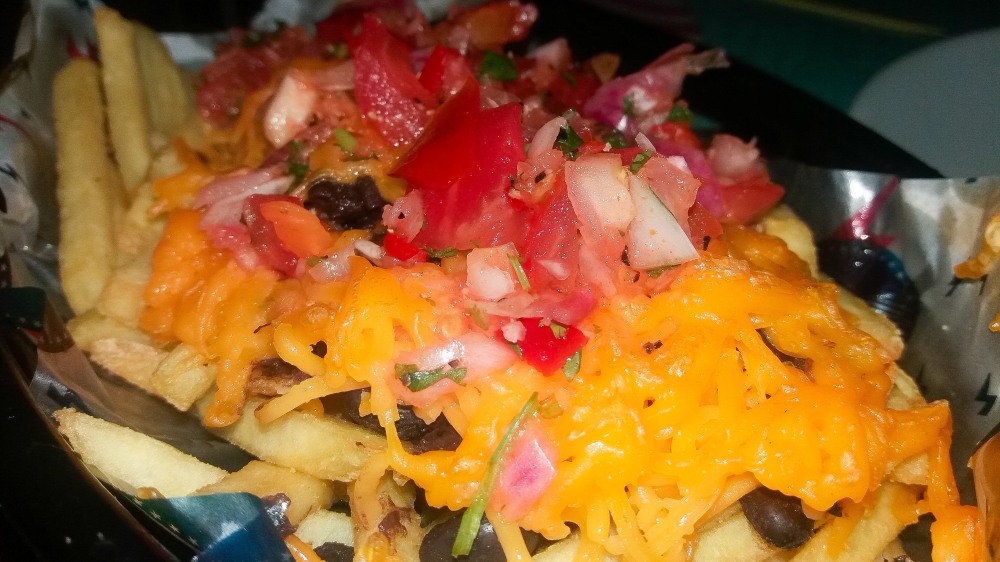 Speaking of breaking the diet, the vegan hot dog, known as the Shell’s Big V, well, now, let me break this down for you, a vegan hot dog in a bun with mushrooms, vegan slaw, cheese and topped with pickles (or gherkins as we call them in the UK). It was a substantial hot dog with amazing flavour combinations from beginning to end, which paired with The Diner’s choice of beer – Werrrd! from Electric Bear Brewing Company, this American pale ale was the perfect thirst quench to sip on in between bites of this epic hot dog masterpiece.

My other half loves The Diner’s burgers and so rarely strays from his regular order of their classic vegan burger with fries. This day was the same, as he ordered his usual from the menu and I managed to actually taste some of his beloved burgers, in exchange for a sip of my iced tea. I have had the burger myself before and as soon as I tasted it instantly remembered how tasty it actually was and how much I love this place.

We have been so many times to try their vegan menu and still have yet to try all of their vegan options, but those we have tasted so far have been so good that we can’t help but keep going back, the only problem is, that because everything is so tasty, it is difficult not to want to order the same thing more than once in order to explore the full extent of their vegan menu but as we eat our way through it I shall continue to blog our experiences there!

If you are ever looking for a great American Style Diner in London that sells great vegan food at a really affordable price then I would 100% direct you to The Diner. The team are so friendly and a few of them I have met have been vegan so are more than able to advise you of what is good to eat! Which is how we ended up eating our dessert, the vegan chocolate torte with coconut ice cream, which was so decadent and rich that we were nodding and ‘mmm’-ing in appreciation to one another across the table. As this sumptuous dessert was absolutely perfect to round off a night of naughty treats!