The Diner‘s restaurant on The Strand is their flagship for veggie and vegan food and for me, this was a must. The idea of some delicious American diner style food, that’s vegan and in London, oh yes!

When I first walked in I was immediately impressed by how authentic the decor was, with large booths and a neon sign, we had arrived in what seemed like an alternate location to London’s iconic Strand. We had stepped into a slice of America hidden here. With great music and a menu that had been procrastinating for a good 15 minutes, this was a place I was very happy to be.

I had a ginger beer to kick off this wonderful dining experience, followed by Southern Fried seitan with waffles, maple syrup, onion rings and slaw. WOW! I mean that is just all I have to say, okay well not all I have to stay but if I could sum it up that would be what I would want to say, their food was insane. It was delicious, the seitan was so tasty, the waffles were cooked perfectly topped with the maple syrup it was a classic combination of pure heaven and the slaw and onion rings added more taste to this decadent delight that I was about to devour. 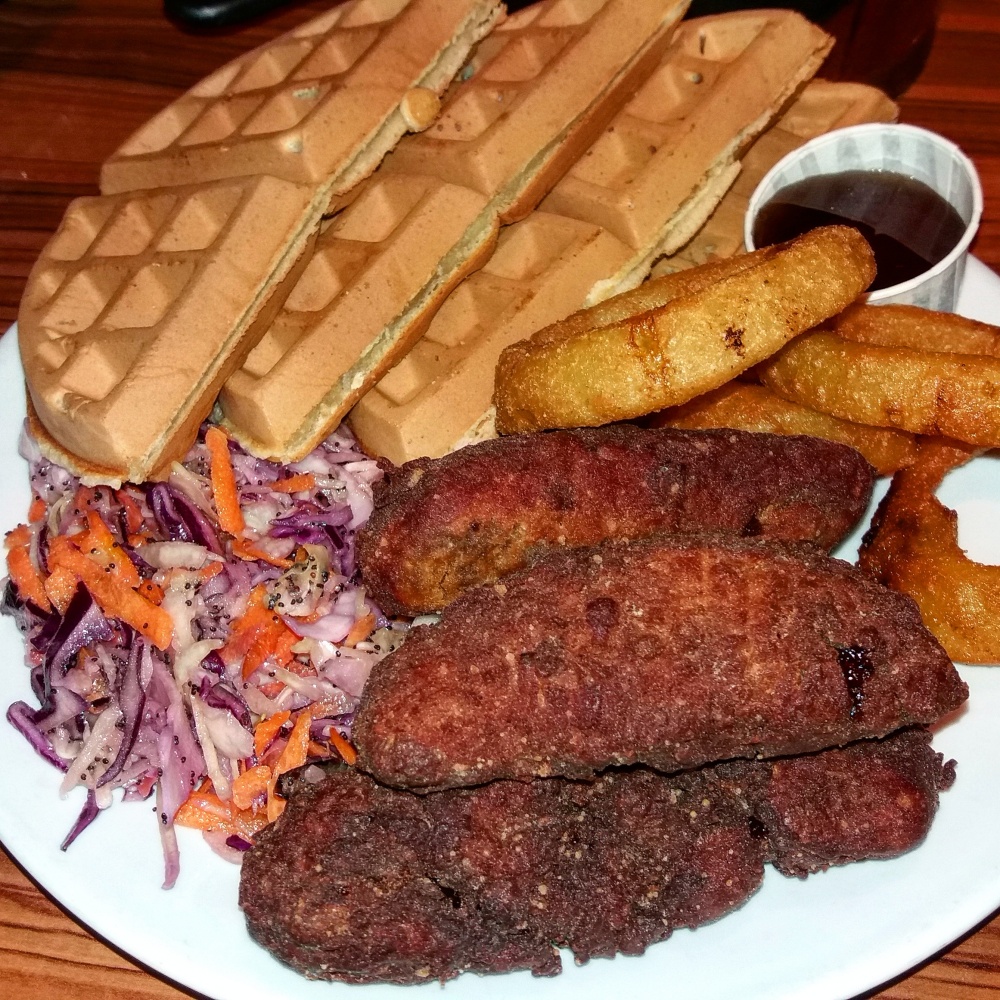 Their vegan mac and cheese were divine, rich and cheesy with a nice thick layer of melted vegan cheese to make this perfect. I don’t think a non-vegan would be able to tell the difference, it was that good and what I couldn’t eat I had to take home because leaving it behind would have been sacrilegious! 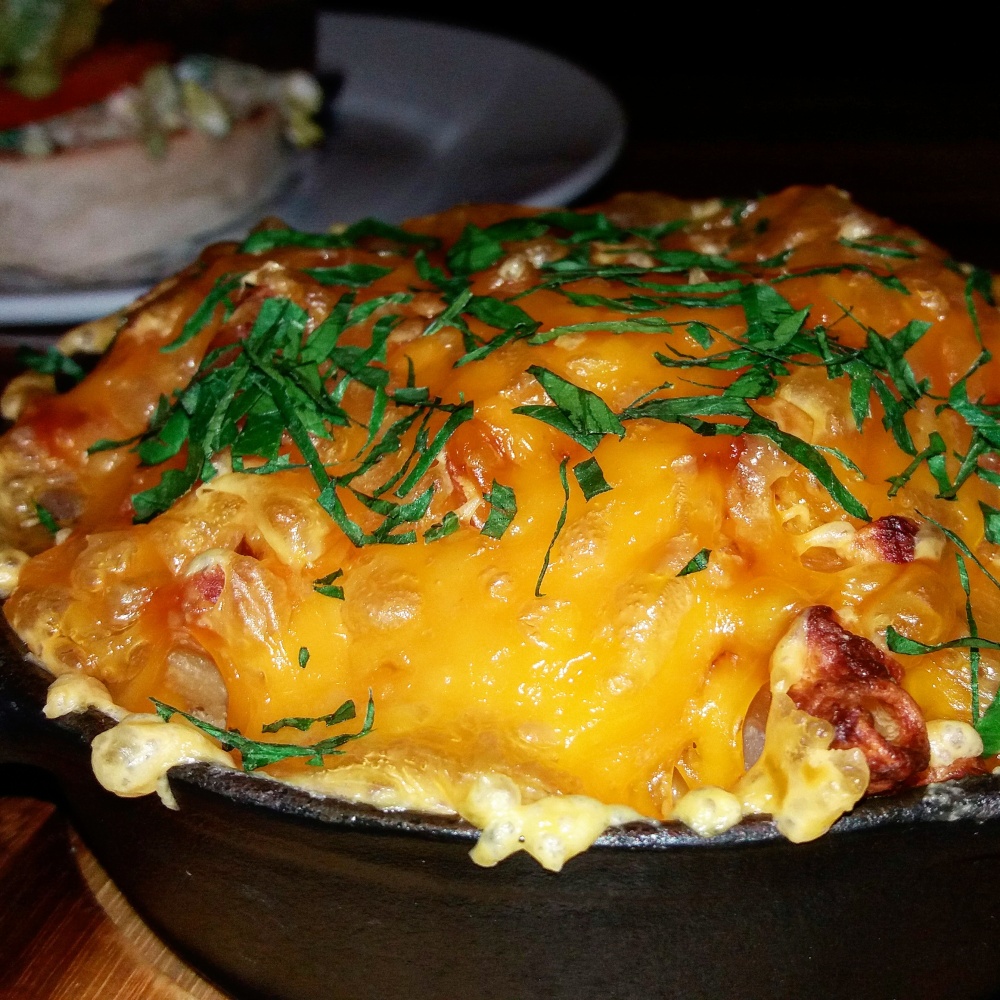 We also had their Southern Fried seitan burger, unfortunately, they didn’t have any BBQ Jackfruit left so we switched it up with some vegan cheese and guacamole with lettuce, pickles, tomato and delicious vegan mayo! It was so good, the seitan made a great tasting patty and when dipped in their chipotle sauce on the side, it was very very good. 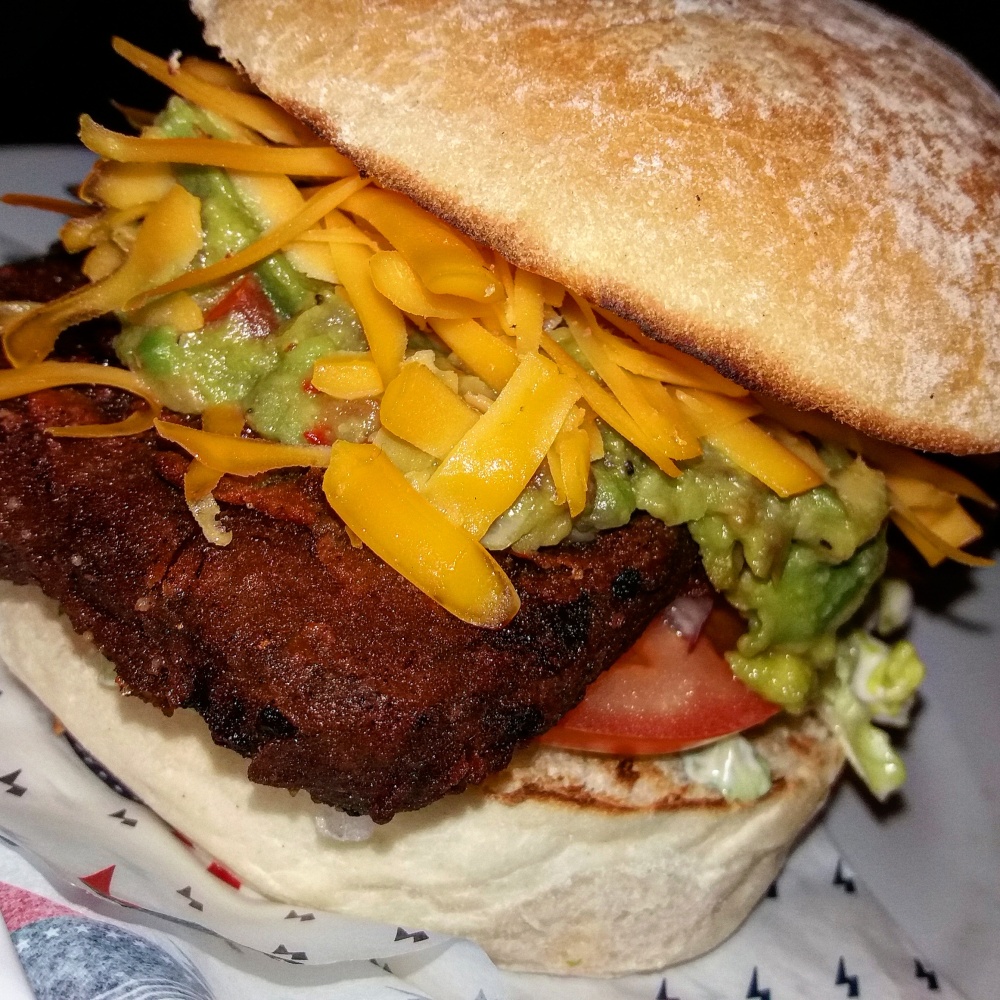 Now, of course, you can’t have a burger without chips and they have so many chips available on the menu, including vegan cheesy fries, but we opted for the Diner Fries, which are skinny fries with a kick of spice from the Cajan seasoning. These were meant to be dipped in their variety of sauces if you ask me, their garlic mayo is delicious as is their barbecue sauce but for me, the chipotle was the best and this was very moreish to dip the chips in! 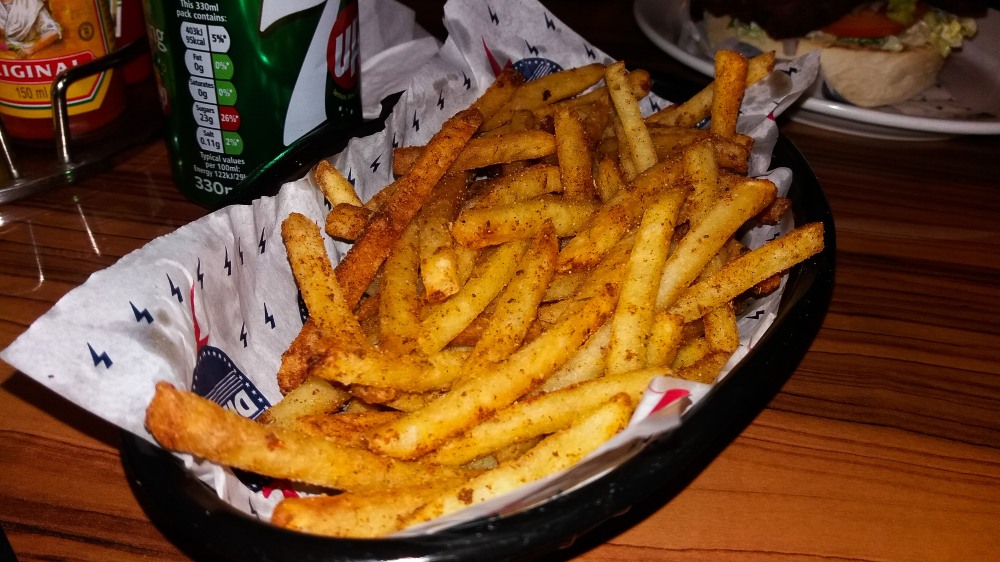 Overall, I was very impressed by The Diner, I thought the menu was vast and wonderful for vegans to have a place to eat proper diner style food, the prices are reasonable too. It is a good place to have some delicious food and a great time. I will be heading back from pancake day too because they do vegan pancakes and they cannot be missed!