I had lunch at Blueprint Café on Thursday, they have their own vegan menu – ‘one part plant’ and it has some very delectable options. Naturally I tried them all, to ensure that they were up to PBP standards and they were. With a dessert that is currently ranking my favourite sweet this year and a salad that showed the pure delight of avocados, they had me at ‘heirloom salad’. 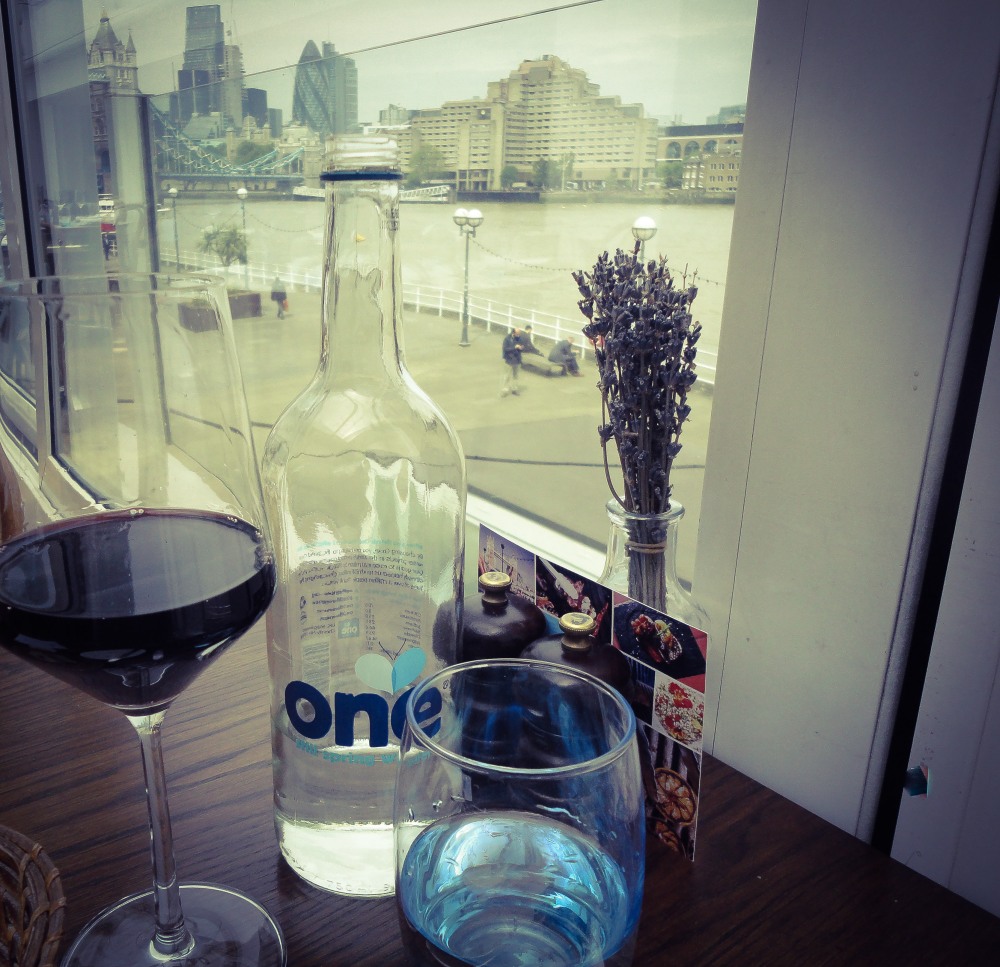 Just a matter of minutes’ walk from Tower Bridge, this restaurant, has vast windows to enable a constant view of the Thames. The staff were so incredibly friendly, my glass was never empty and the food arrived promptly. The staff were engaged and so helpful, they all seemed to be very well trained on what ingredients were in each dish and the cooking processes. 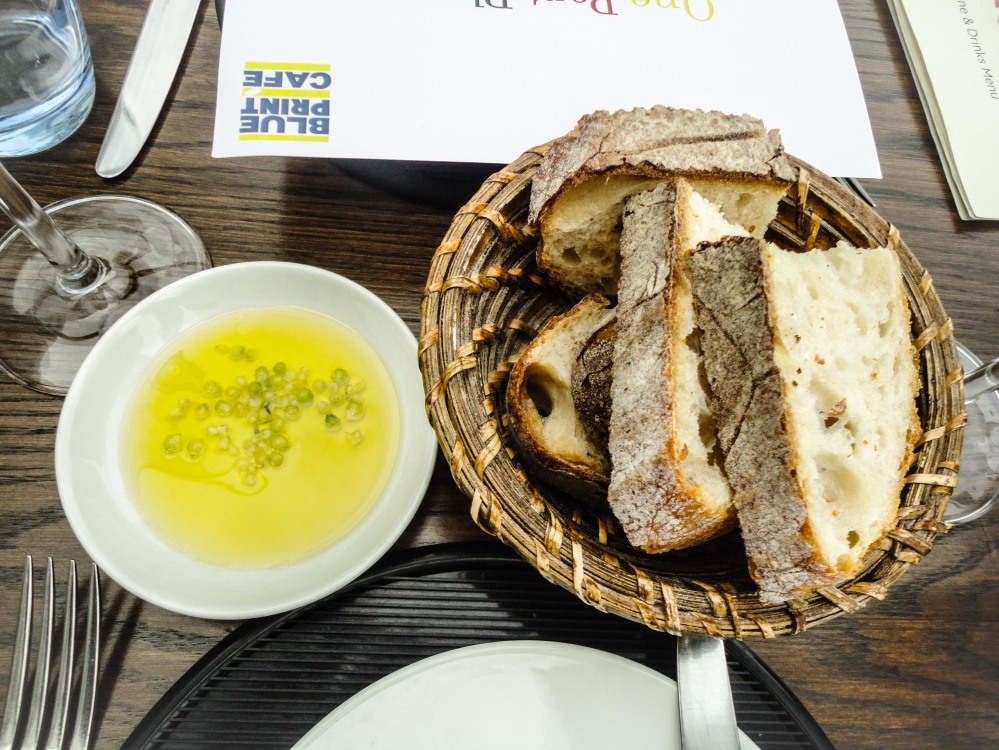 The meal began with a nice basket of bread, this was almost completely devoured, due to my lack of control when it comes to food, served with an infused oil, which was a nice touch.

The starter was an Heirloom Tomato and Avocado Salad with lovage and pickled shallots. The avocado and tomatoes were perfect, the creaminess given by the avocado was cut through with the pickled shallots and the tomato and lovage combination gave the dish a great deal of freshness. The dish was presented beautifully and was a very generous portion for a starter. 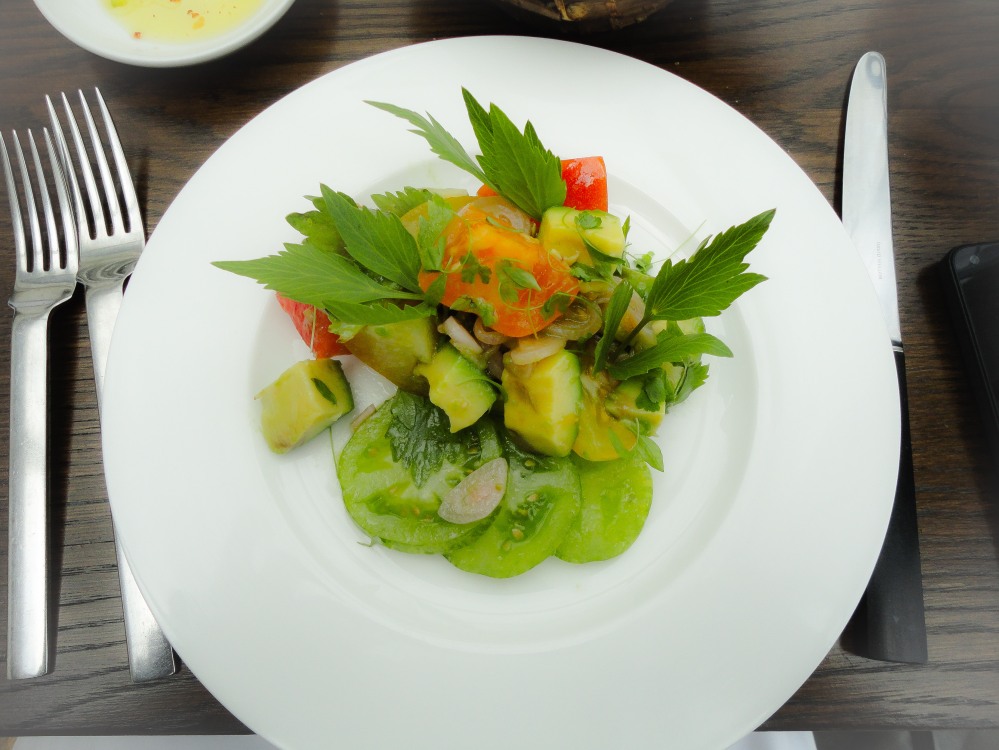 I then had some Vietnamese spring rolls, which were fried to give the outside a crisp, while the inside had a great deal of intricacy, with noodles and vegetables, with such wonderful flavours. Served with a salad of pickled Kohlrabi and shallots, with some fresh leaves, it made for a refreshing accompaniment to the spring rolls.

For the main event I had butternut squash, this was a whole half, that was roasted to absolute perfection, it was so beautifully cooked and it had roasted courgettes and red onion with it, topped with a wonderful crumb with parsley. The flavours worked so well together, it was plated beautifully as well, which was such a nice thing to see, as it was securing the interest of fellow diners in the restaurant. 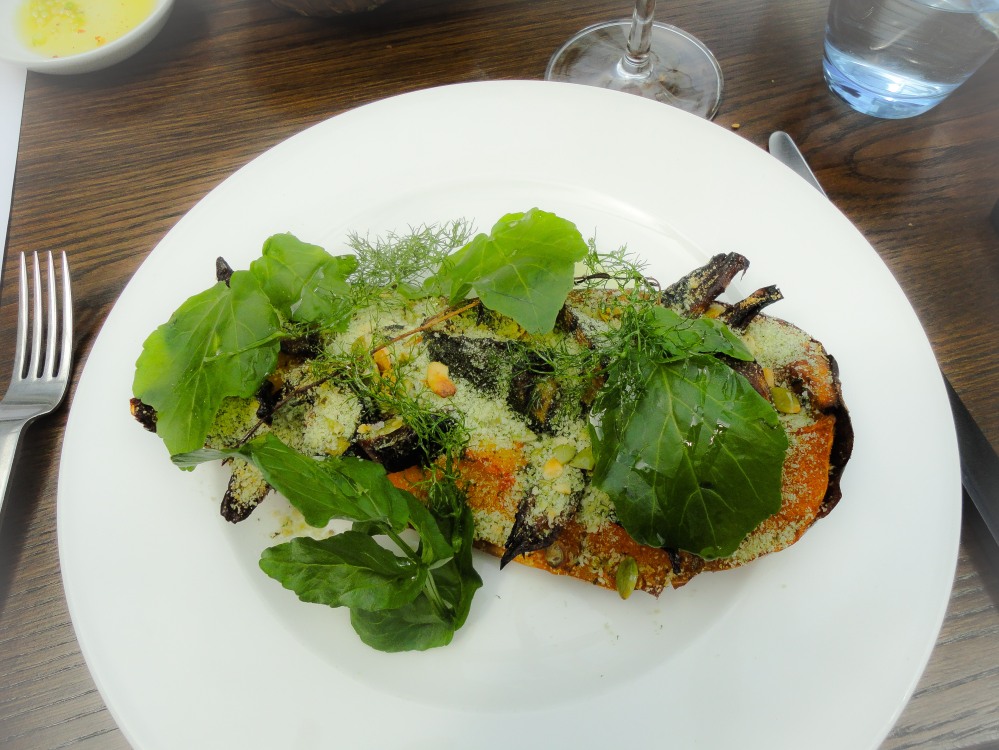 For dessert, I had the most magical combination, pineapple and coconut. I absolutely love both, they have such variance in flavour between the two of them, with the pineapple’s big bold flavours and the coconuts soft and subtle, yet delicious elements. On this plate, the pineapple was roasted and the coconut was as a sorbet, this worked phenomenally, in fact as stated above, this was the best dessert I have had this year, it was incredible. The roasted pineapple was juicy and succulent, the coconut sorbet, was smooth and yet so creamy, pulled together on a plate with a touch of dark chocolate, this was a plate to be savoured. I would recommend this dish to anyone, vegan or non-vegan, this is a must try all by itself! 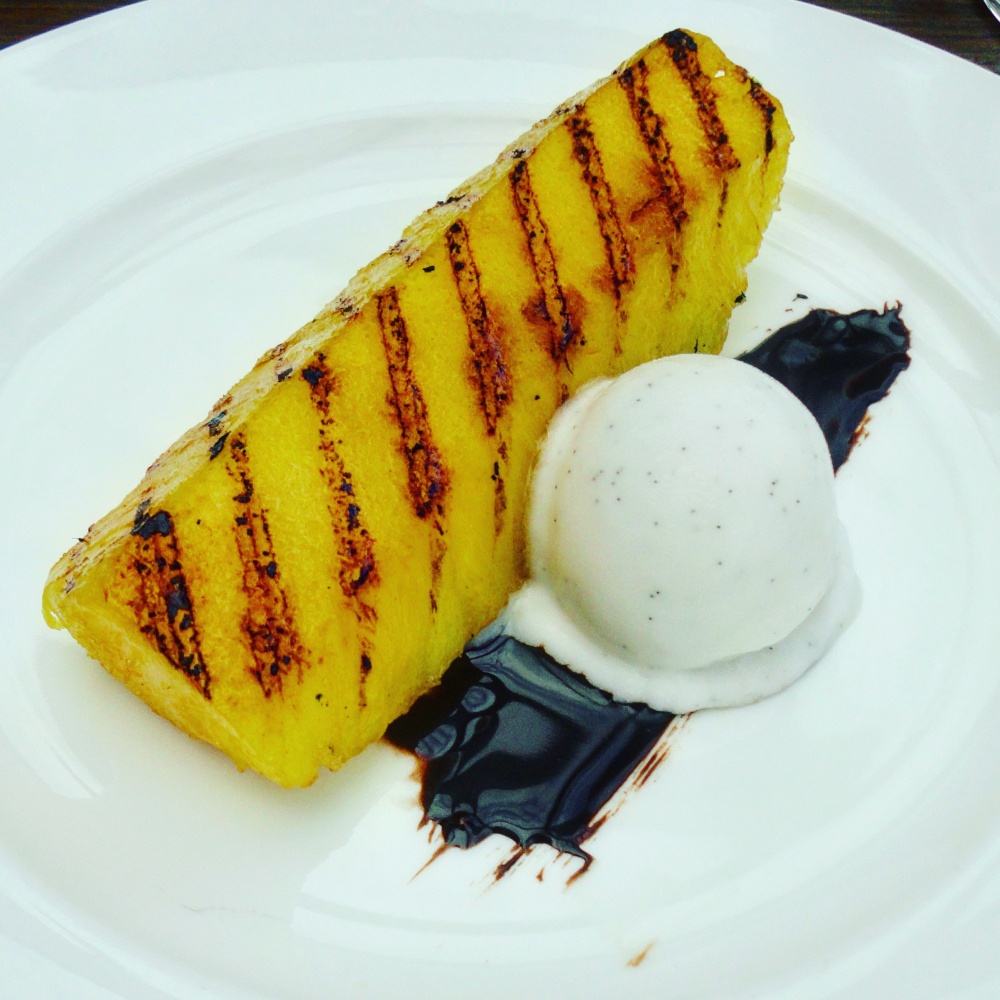